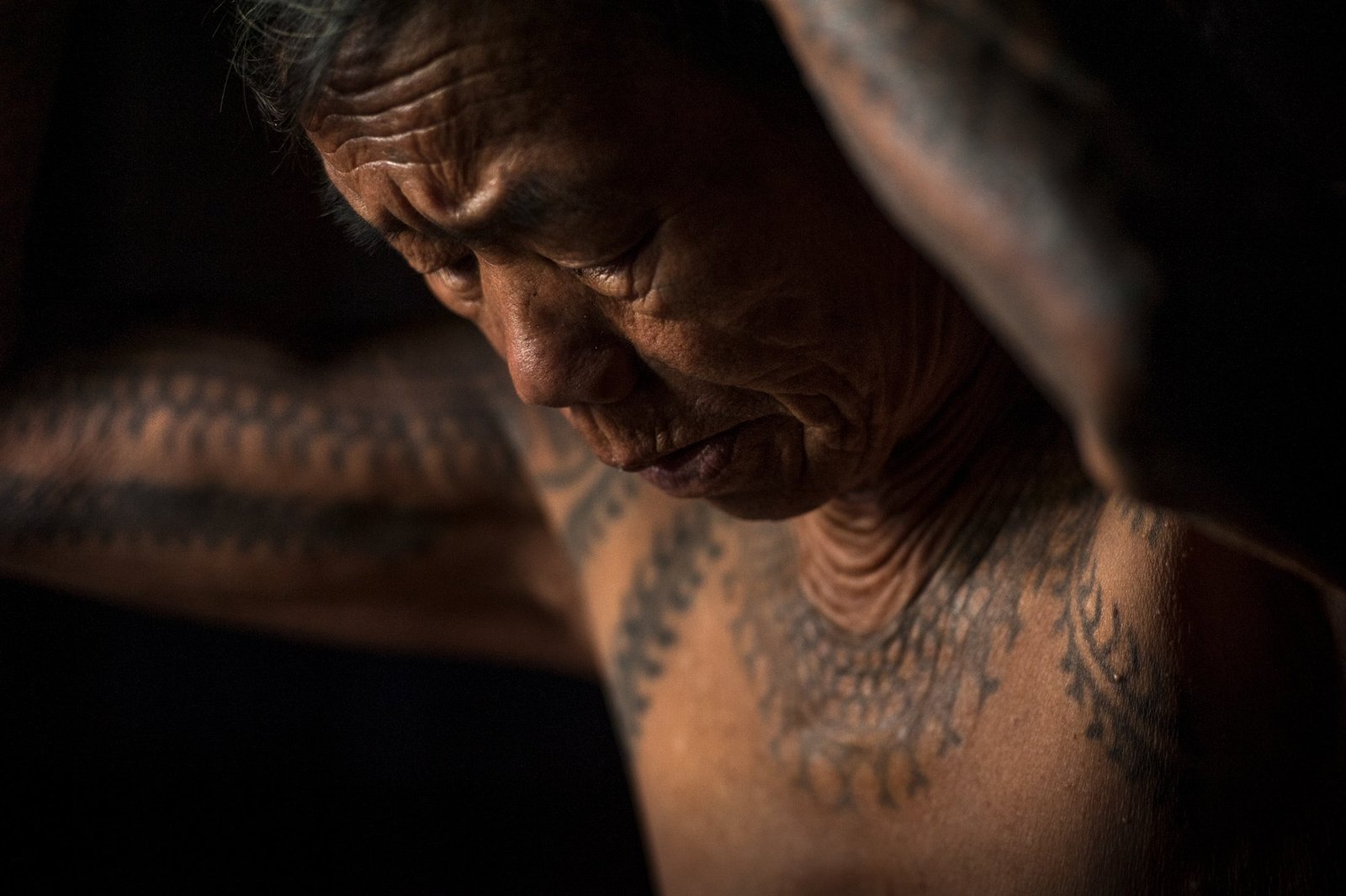 A tattooed Kalinga woman from the village of Buscalan. Tattoos in this region are used as a form of beautification and identity. Tattooing in the Cordilleras is a thousand year old ancient art once commonly practiced among the major warrior groups in the region. Men traditionally got tattooed as a rite of being a warrior or taking a head which was fairly common place up until the time of WWII. Today, it is difficult to find men who still have tattoos especially among the younger generation. One of the primary reasons for this is the belief that male tattoos should be hard-earned by revered warriors, which has mostly stopped since the demise of headhunting. Women on the other hand would get tattoos to beautify themselves, signify acceptance, and show the different stages of their life. Body tattoos on women served as permanent upper garment and each design has different interpretations and meanings. (Kalinga, Cordilleras, Philippines)