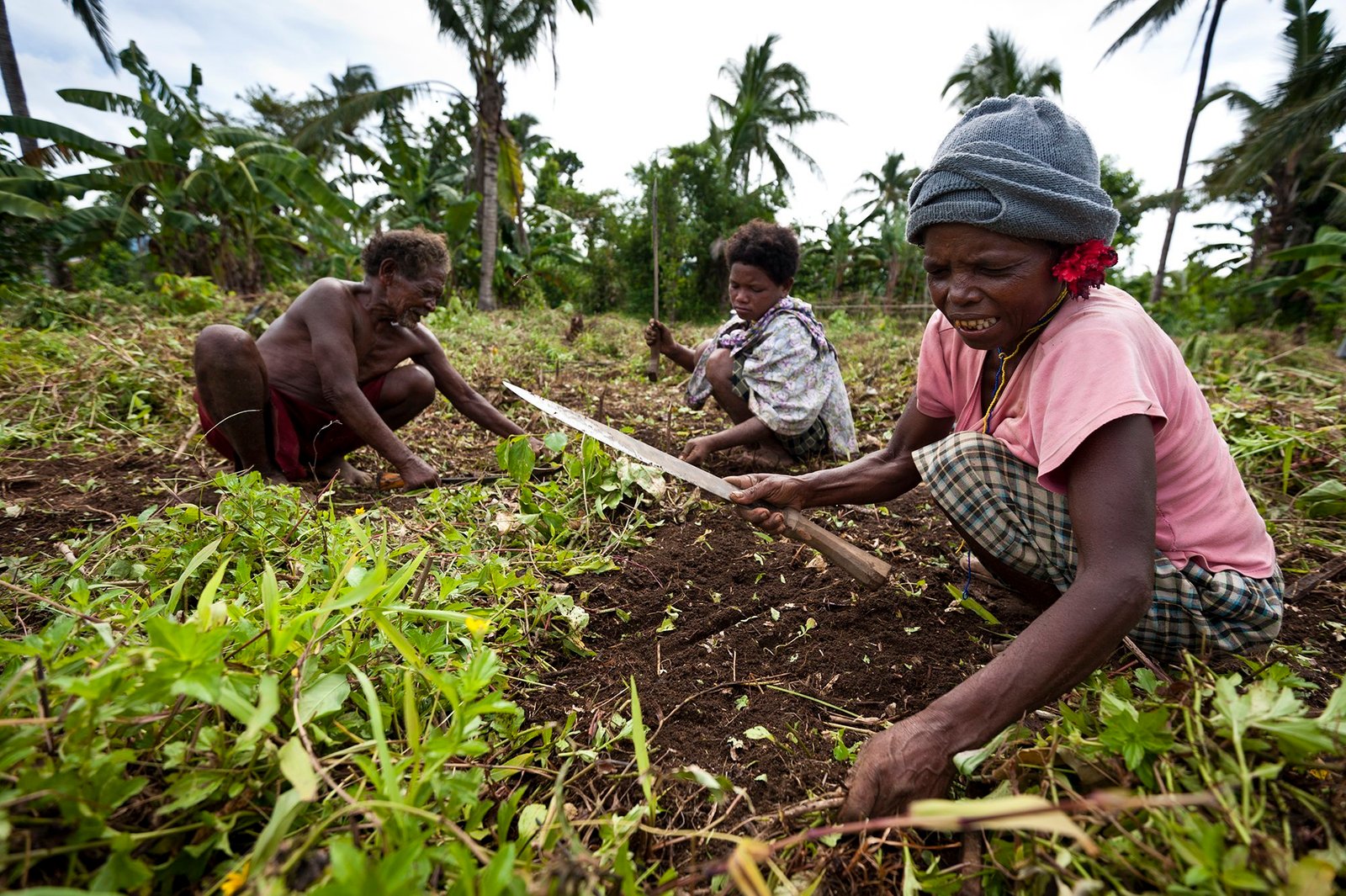 Agta often work as laborers in larger nearby towns. Here they are clearing a field in the town of Divilacan for a local family. Many Agta now live near farming settlements of lowlanders, mostly Tagalogs and Ilocano, where they engage in casual labor for wages or in exchange for food or handouts like second-hand clothing and other forms of charity. Lowlanders have moved into what was historically Agta territory and are slowly displacing their communities. With the continued increase of lowland migrants and pressure on the local natural resources it is questionable whether the Agta will be able to contend with a more dominant population that is swallowing them up inexorably. (Isabela, Philippines)