BACK IN THE SIERRA MADRES WITH OUR AGTA FRIENDS

Things often do not turn out the way you might expect them to. Such was the case during my recent trip back to the Sierra Madres. I returned to a part of Isabela and Cagayan provinces to visit some old Agta friends from last year. Upon returning this time I had a plan to go on a hunt with some of the men, a hunt for wild pig, deer or monkey. These are game items that the Agta still hunt for occasionally in the forest to eat or sell to locals. I was excited about this trip and thought with the contacts I had made everything would fall into place fairly easily. However, I couldn’t have been more wrong. Uncontrollable circumstances such as bad weather, broken transportation, and previous obligations of my contacts lead to a serious amount of time waiting. Watching the pouring down rain, sitting on the side of a dusty road in the middle of nowhere and waiting for conditions to become just right for a hunt. Conditions that never happened during my two week visit. 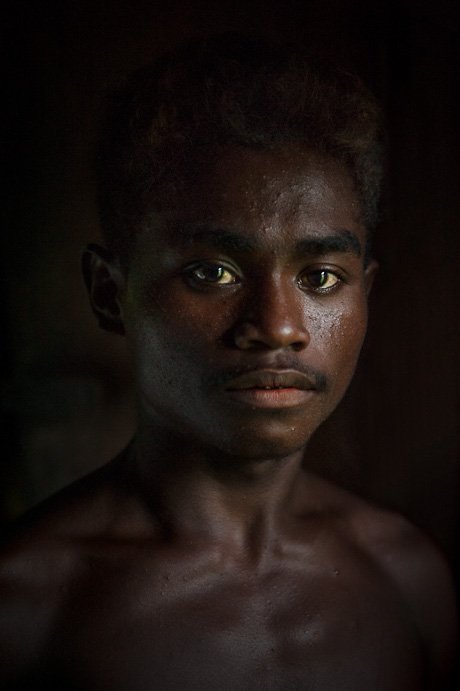 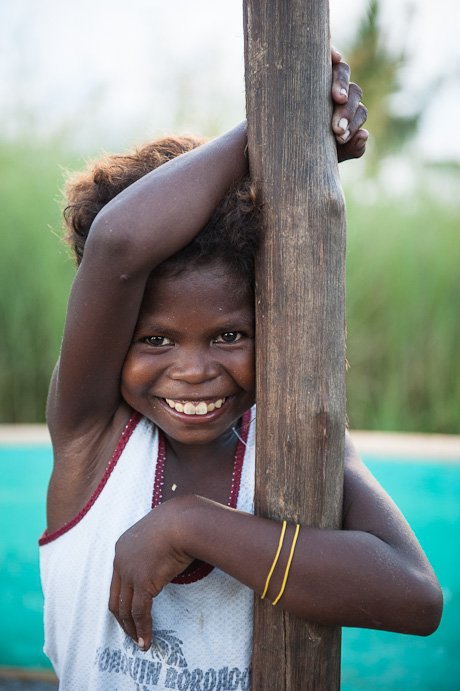 Despite the many hours of waiting, we were able to make the most of the circumstances. I’m referring to ‘we’ because I was with a friend, Norman Mabborang, who without his help in the four local dialects he speaks would have made for a much more difficult trip. I am very thankful for Norman’s help and for being so patient with all the down time we had. A lot of our time was spent visiting families in the different villages and getting a better sense of community life. Being back at the Blos River was also a nice treat as we were able to print pictures from our visit a year ago and share them with our friends. Seeing the excitement on the peoples faces after viewing their photos was priceless and worth the trip in itself just for that short moment.

Our journey back to Blos began from the small town of Maconacon on the east coast of Isabela. The 17 passenger Sky Pasada plane that we flew into Maconacon was full of passengers and brought us over the beautiful and lush mountains of the Sierra Madres. It took a day to reconnect with familiar faces and we soon we were off on a kuliglig heading for the Blos River. To set the tone of our adventure, our kuliglig got a flat tire about 30 minutes into our trip. We ended up waiting for a few hours on the side of the road for the kuliglig to fix the problem back in town. Eventually, our transportation returned and we made it Blos before dark.

It was great being back in Blos and visiting with friends we hadn’t seen in almost a year. We immediately began talking with the men about arranging a hunt of some sort. It sounded like something might be possible, but then the rain came and we ended up waiting for a couple of days for the low pressure to clear. Generally, I try not to let weather stop me from shooting, but under these circumstances the men would not go hunting in the rain because the animals get scared off. While waiting for the weather to clear, daily life continued and I tried to document what I could.

Eventually the rain did clear and right away we were told that two men were going to look for octopus. I quickly grabbed my gear and headed out with them. After an hour walk to the reef the men immediately found an octopus hiding in the rocky shoreline. A pleasant surprise.

For those of you who regularly follow my blog you will know that I have talked before about the proposed road connecting Illagan to Divilacan. Essentially the government wants to build an 82km road that will connect the isolated towns of Maconacon and Divilican to mainland “Luzon.” I know the road is close to being approved, although I haven’t heard if it has passed all of the clearances yet. It’s only a matter of time. During this trip I made it a point to ask regular people I met about their thoughts on the proposed road. I wanted to hear from locals who would be most affected by the plan what their thoughts were.

I talked with school teachers, pastors, Agta men and local people while riding the kuliglig. To no surprise, I found people stating both good and bad things about the road. It seems everyone is aware about the harm it will have on the environment. Everyone I talked with mentioned this. However, a few people mentioned that it will be easier to sell their goods and have access to better medical care if a road is built. Although, with that being said it was always made clear to me at the end of our conversation that the road would do more harm in the long run. As one person told me, “the government never did a survey of all the citizens that will be directly affected by this road. This seems to be a plan of certain politicians who will benefit from the project. Why would the government want to build a 1.9 billion peso road to only connect two small towns. Maconacon only has a population of 5000 people. There could be other alternatives such as a subsidized fairy boat for residents.”

It saddens me that in 5 years time this area will be connected to the rest of Luzon and slowly peoples life’s will start to change. An influx of people will certainly put more pressure on the areas natural resources and the life in the Agta communities we have come to know will change as well.

We ended up spending most of our time socializing with the different Agta communities and drinking a lot of coffee. There isn’t much else to do when it’s pouring down rain and everyone else is waiting as well for the weather to clear. This time was nice though and provided some intimate moments among family members that we were able to be apart of.

After talking with some of the men in Blos they recommended we get in touch with their cousins on the other side of the Sierra Madres. They said that the hunting grounds there were much better and it was very likely we would catch something within a couple of days. After all of the waiting in Blos we decided that the best option would be to at least visit their cousins and see what was possible. We still had a few more days in and around Blos before catching our flight back to Tuguegarao. But now we had a plan.

With some down time in Maconacon before heading back to Tuguegarao, we decided to go out one morning to two different Agta communities living nearby on the beach. These two communities primarily catch lobster as a source of livelihood and sell them to locals. Locals will then pack the lobster and fly them out to be sold either in Tuguegarao or Manila where the prices are much higher. We were able to go out with some of the men to see how they catch lobster one morning, using a single rod spear. Usually, the men will fish all night long looking for lobster because the conditions are much better at night. During our short time in the water the only thing the young Agta men caught were a couple of fish (no lobster).

Once back in Tuguegarao, I spent the next few days trying to arrange a guide to get up to this new community. I was optimistic as I saw two deer skulls and was told just a few days before the Agta had delivered a deer for the barangay captains birthday party. The barangay captains house is a two hour hike from the Agta community. Despite three flat tires on our motorcycle and multiple blisters we eventually arranged for a guide and reached the community where I needed to be. It was a beautiful place and I was pleasantly surprised being fairly accessible from Tuguegarao City. It’s a rugged road to the start point of the rough two hour hike, but nonetheless it is still accessible by a vehicle. I spent three days in the community, but again no luck with finding any animals to hunt. I spent almost three days waiting for the men to find the location of the wild pigs and deer but our time wasn’t long enough and again nothing could be found. I ended up photographing more everyday life images from around the village. Some of the images from this particular community are mixed in with the other images from this blog post.

With the initial plan for this trip to be based around some type of hunt, we actually only went out hunting for a few hours one afternoon. We went looking for monkeys, however, because of the strong rain apparently they were no where to be found. We came back empty handed and the picture below is the only hunting image I was able to capture. My initial vision of an Agta man carrying a large wild pig or deer on their shoulders through the forest did not happen. I guess this will have to wait for another visit and when my energy level is back up to try and arrange another hunt.

On another note, going back to the Sierra Madres came at an appropriate time. Discovery Channel Magazine is running a 12 page photo feature about my trip to Isabela last year in this August issue. If you are in Asia or Australia you can pick up a copy at any decent bookstore or newsstand. The article is written in the first person and talks about my trip there and a little about my shooting style. I’m also excited that the article mentions the Katutubong Filipino Project so perhaps it will bring some more attention to the indigenous people here. I’ve attached the tearsheets below, but you will have to pick up a copy to read the article.

I’m back home in Cebu now for a couple of more weeks for some non-profit assignment work, a relatives wedding and my 33rd birthday (which has already passed now). Then it’s off to Davao, Mindanao to continue working on the Katutubo Project. I’m hoping to be able to document an interesting practice that still happens in that part of the country with the Lumads. If all goes as planned I’ll be sure to post some images here on the blog and share all about it. 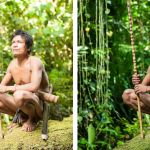 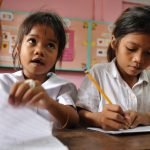