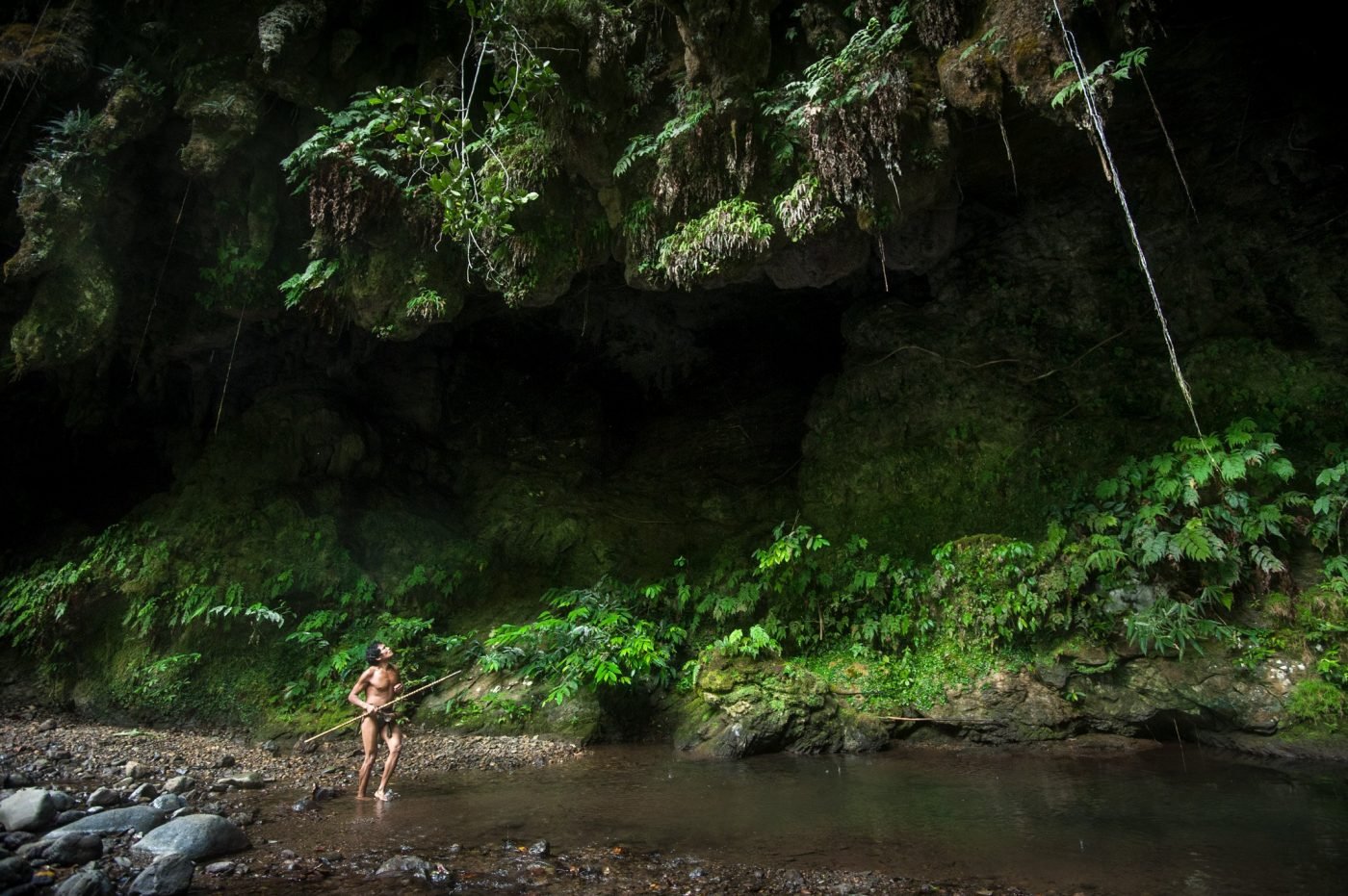 Singnapan Valley in southern Palawan is a place I have wanted to visit for a long time now. It was a couple of years ago that I came across some images online of the Tau’t Bato tribe and it has intrigued me ever since. The remoteness of Singnapan valley is what first caught my attention and then the interesting stories that the people there live in large caves during the rainy season. Thus, their name Tau’t Bato – Dwellers of the rock. There are a handful of travel blogs and some videos online of other foreigners and Filipinos making the trek to Singnapan. This area is also home to Mount Mantalingahan, the highest peak in Palawan and an occasional destination for hardcore mountaineers. I am always somewhat skeptical of visiting a place when I see this, as I always want to try and visit new places with new faces. However, from what I gathered there are really very few individuals who travel here and that was confirmed when we arrived and talked with our guide. We were only the second visitors to the area this year. Likewise, for the Katutubong Filipino Project this was an area we needed to visit so it was destined that we would make the long journey into the jungle to visit the Tau’t Bato.

The Tau’t Bato (Tao’t Bato, Taaw’t Bato) are really just a subgroup of the larger Pala’wan indigenous group. They speak the native Pala’wan language and practice many of the same beliefs of the Pala’wan. The only difference being this particular community, those living in the area of Singnapan valley, take shelter in the large nearby caves during the rainy season. Because of the heavy rains and flooding within the valley during the wet months taking shelter within the caves is their best protection. During the dry season each family has its own land and house within the valley. The name Tau’t Bato was given to these people by President Marcos back in the 70’s because of their cave existence.

It was during this time that President Marcos made multiple visits to Singnapan valley to explore the area. Our guide, Buano and our host, Tumihay, who was just a little boy at the time remembers the helicopters flying into the valley with Marcos and Imelda on-board. Tumihay said President Marcos only stayed for 30 minutes in fear that the people may attack him. The helicopters brought in clothes, rice and some other provisions to distribute to the tribe. This is the first time Tumihay remembers getting western style clothes. However, the reason Marcos was so interested in this area was because of the riches it held. For many months Marco’s team raided all the caves in the area (the burial sites for the Tau’t Bato) and collected all the gold and other valuables on the bodies. Buano also said that it’s possible they found Japanese treasure as well in the caves, because many of the caves Marco’s team explored were caves the Tau’t Bato never went into. Years later there were many stories that Marcos hid a lot of his wealth in the caves of Singnapan. In the 80’s and 90’s this area saw numerous visitors from all over the world searching for Marco’s hidden wealth. However, the reality was, Marcos was there to take the wealth from the natives not leave hidden treasure of his own. 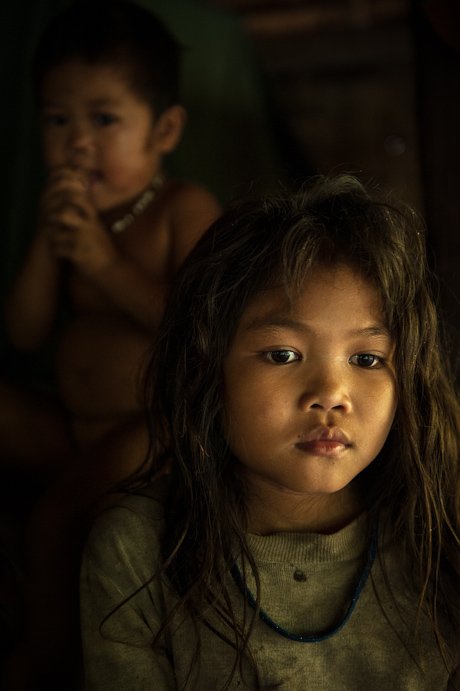 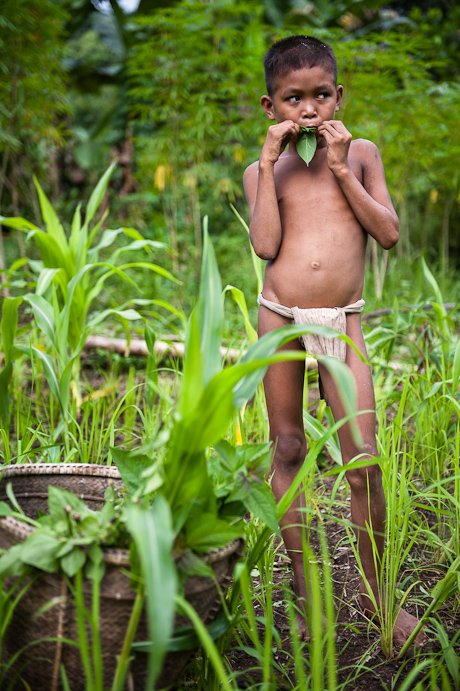 Getting to Singnapan valley was no easy task. From the capital of Palawan, Puerto Princesa it’s a good day travel on a not so comfortable bus. Once in Rizal, it’s another day trek by foot up the mountain into Singnapan. The trail was rugged, slippery and the air was as thick as one could imagine hot jungle air to be. Every ten minutes or so I had to ring my shirt out from the sweat it collected. Our bags were soaked with sweat by the time we arrived and our bodies on the verge of collapsing. We did have our guide, Buano with us and two of his grandsons as porters. Having quite a bit of gear and all of our provisions for four days it was necessary (we had about 15 kilos of rice alone). Once we arrived we were welcomed by our host Tumihay and his family who were the most gracious people. Their home sits in a small clearing within the valley surrounded by forest, a serene location.

During our stay we had to be very careful of mosquito bites as this area is still very much invested with Malaria. In 2005, three journalists from Manila died of malaria while making a documentary about the effects of malaria on the Tau’t Bato. During their stay Reyster Langit and his team all came down with cerebral malaria. Reyster died while being treated in California and his two companions also died of complications from the disease, one in Manila and one in Puerto Princesa. We asked Tumihay about the three journalist that died and he said he wasn’t sure if it was malaria or not. Apparently, the journalist were not listening to the Tau’t Bato and doing forbidden acts such as defecating in the river during their stay. Upon being asked not to do these things, they continued to do so. Perhaps some of the tribe members put a spell or something on the journalists and that is what killed them. At least that is the response that seems to be circulating anytime you mention the incident. It was also suggested that the doctors really didn’t know if it was actually malaria the three had or not. That being said, Tumihay admits that he has had malaria in the past and one of his daughters babies died at a young age because of the disease. It is certainly present and we proceeded with caution during our stay.

Tumihay is one of those guys I could see myself hanging out very often. Easy going, highly motivated and the nicest person one could meet. He didn’t mind at all that I was right at his side while he was doing everything throughout the day. Not to mention his family opened their house for us during our stay and offered us what little food they had. Our second day there I ask him if he could show me around some of the caves and without any hesitation he said, lets go hunting and I’ll show you the caves. It’s like he knew exactly what it was I wanted to photograph. Because it was dry season none of the families from the valley were staying in the cave. Tumihay wanted to show me the large cave where they stay during these months, but the ladder to reach the opening was broken. Instead, we explored some of the other more accessible caves. I may have to make a trip back during the rainy season to see how life is within the cave.

One morning Buano took me up the mountain to another small clearing in hopes to meet an older man named Oki. One of the main differences with the Tau’t Bato and other Philippine indigenous communities we have visited is the distance between their homes. Anywhere we wanted to go within Singnapan valley required somewhat of a hike to get to. Oki was still out collecting tobacco leaves when we arrived, so we ended up talking to another family for a couple of hours. During this visit we met a young man who had a huge slash on his foot and could barely walk. Apparently, he fell a couple of weeks prior and sliced open his foot on a rock. Without any access to medical treatment his whole leg swelled up and his foot looked like something out of a horror film. I will spare you all from posting a photo of it here. I told Buano that if his wife wanted to hike back with us to town in a couple of days I would be happy to buy antibiotics and cream for the wound. She gave it some thought, but told us she would be afraid to hike back alone. The good sign was the swelling of his leg had started to come down.

The women woke up early to start their work in the valley. I noticed that all the able bodied people of Tumihay’s family pulled their share of work. It takes a lot of time to plant crops, maintain the fields, harvest, prepare the kamoteng kahoy and cook for the family. The children take care of the other children and everyone stays busy. If the family is able to make a little money, Tumihay and his wife will hike into town to buy necessary goods such as salt, oil, and sometimes fresh fish.

Something I was looking forward to on our last night was seeing how Tumihay hunted for bats. After seeing the unique contraption his daughter made to harvest the flying mammals I was thinking this could be a great activity to photograph. Unfortunately, Tumihay asked me to stay back because he said the trail was dangerous and we would have to walk back down in the dark. I didn’t want to push things too much, so I followed him and his wife for a short while into the forest before they went ahead up the mountain. About a hour later he returned with four bats in his trap all still alive. Ernisa took the bats and started to prepare everything to cook them.

Life in the valley is simple from our perspective, but families have everything they need. Food to eat, a roof over their head and their families. We certainly felt the family bondage and love during our stay there, although it took a little time for the children to warm up to us. They were incredibly shy, but some of the most beautiful children I have come across. I could have photographed Tumihay’s children all day long as their faces were simply beautiful. There are certainly similarities between the Tau’t Bato and other groups we have visited, arranged marriages being one of them. Like in Bukidnon, there is a dowry of sorts given to the women’s family in order to marry. Couples are arranged at a young age, although no one in the valley knows their age as they do not keep track. I asked Tumihay how old he was when he was married. He pointed to his daughter (who looked to be around 10 years old) and he said around that age. Because the women are in a sense ‘bought’ by the man, they are generally the ones carrying the heavy loads when hiking.

As the Katutubong Filipino Project moves ahead, we are honored to meet people like Tumihay and his family. It is a great privilege to be able to share life with these special people, even if just for a short period of time. It is my hope that at the end of this year long journey we may be able to bring together key people we meet along the way to gather and meet each other. I think that would be inspirational for those who could join and perhaps a way to bring this all together near the end. Just a thought. 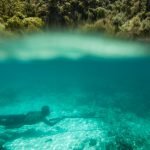