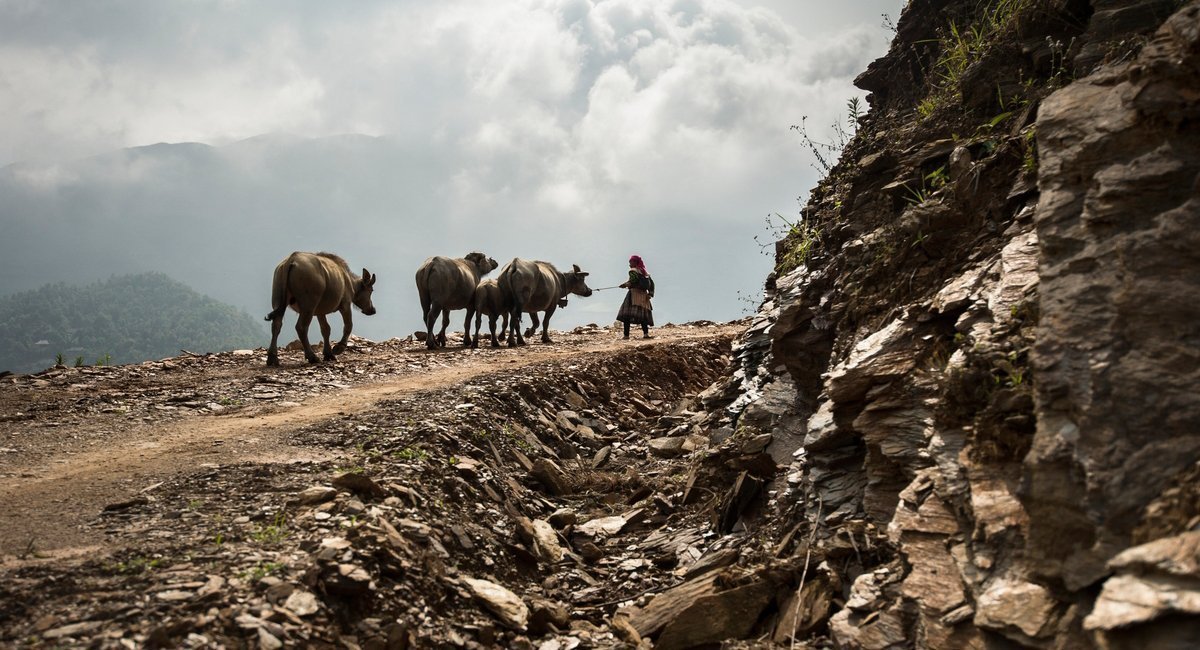 Lao Cai province of northern Vietnam borders the Chinese border and is home to a number of different ethnic minorities that have lived in the area for centuries. I came to Vietnam with very few expectations as our time was relatively short and our tickets were bought over six months ago. The original purpose of this trip was a mini-vacation of sorts and out of necessity to leave the Philippines for my visa renewal. We flew into Hanoi and decide to head straight to Lao Cai Province after a couple of days in this fast pace city. Parts of Lao Cai are fairly popular tourist destinations because of the beautiful landscapes and colorful minorities that live there, especially the mountain city of SaPa. Because my initial inclination is always to go as far away from tourist hotspots as possible, we decided to first head to a town called Bac Ha. Bac Ha is well known for it’s large Sunday market, where locals and minorities come to sell their goods, but during the week the town is really low-key and a great place to start exploring the mountains of Lao Cai. 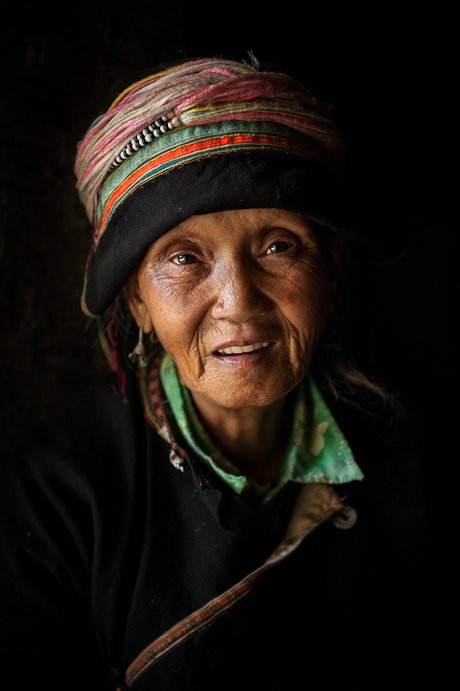 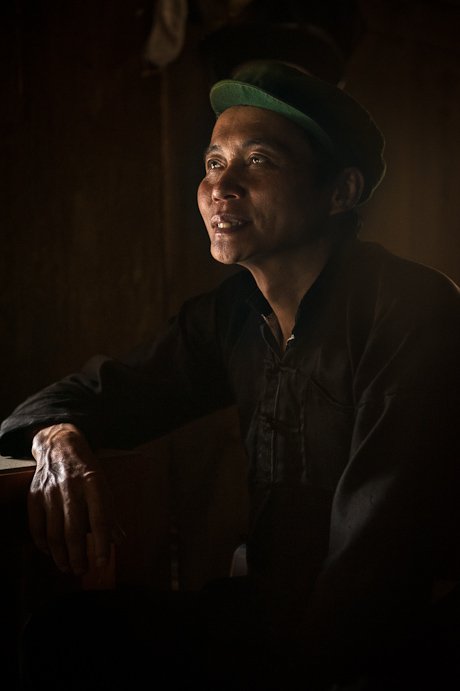 We ended up finding a really good local guide in Bac Ha who was willing to take us to some mountain communities via motorbike. Because of the language and cultural barrier having a guide who understood what we were looking for was key to getting a little more off the traditional path. We spent a week around the area of Bac Ha exploring the north and south and sleeping at homestays. The mountains in this region are grande and the landscape is covered with corn, tea, rice and other agricultural crops. My first impression of the area was that it looked centuries old. The fields looked like they had been tilled for many years and the homes made of wood and mud added to the uniqueness of the landscape.

Indeed, this area has had it place in history primarily as a historic trading post between the Chinese, Vietnamese and different ethnic minority groups. Today, a number of the 54 recognized ethnic minorities of Vietnam still live in Lao Cai province, including the H’mong, Tay and Dzao people.

Like in most subsistence-based cultures a good portion of the day is spent tending to crops and preparing food. From our limited time in Lao Cai we got the impression that the women are the hardest workers and are often the ones doing these jobs. It was always the women we saw carrying the heavy loads and working in the fields. Although the men have their roles as well and often help in the fields, it’s the women we saw doing the bulk of the work. We were told that the men are fairly shy so it’s also the women who interact with tourists and sell their products in the market. 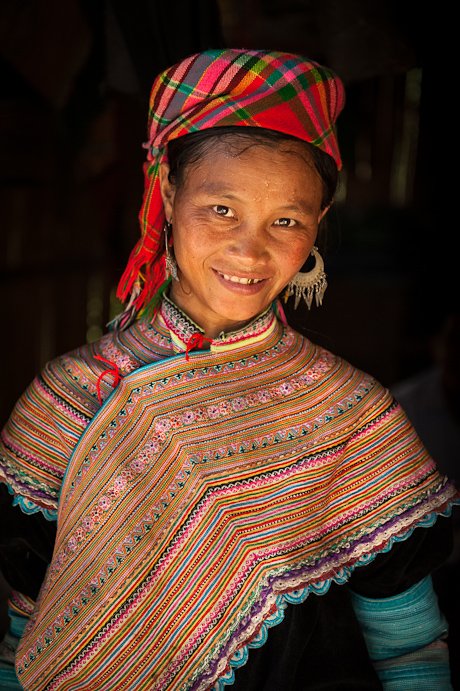 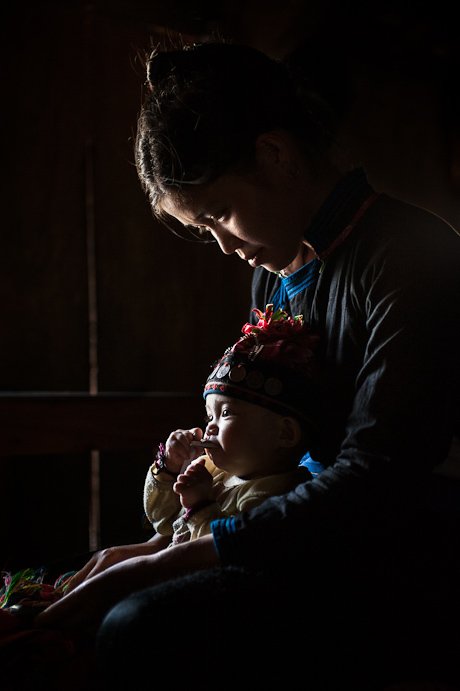 One of the most striking features of the minorities in northern Vietnam is the colorful and elaborate dress the women wear. Each group has it’s own dress and the women told us it makes them feel beautiful. Some of the pieces are bought in the market, but the most intricate portions are all hand-made by the women. Our guide told us it can take her up to a year to make a new top because of all the elaborate embroidery that she has to do. The men tend to wear more western style clothes, however, they also have a unique dress they sometimes wear. I myself found the mens dress to be intriguing, particularly the old military style that many of them wear.

We ended up heading over to the more popular destination of Sapa, a mountain retreat town frequently visited by foreigners and local Vietnamese. The mountains around Sapa felt larger than those in Bac Ha and I can see why Sapa has become a popular destination. The city itself is lined with travel agencies, hotels and western style restaurants, but the scenery is beautiful. We ended up trekking into a local H’mong community about three hours outside of Sapa after meeting a local guide in town. Sapa had a much different feel than Bac Ha, likely because of tourism there. Upon arriving into Sapa we were constantly asked to buy stuff by the local minorities even when we got outside of the main town. I had some idea that this is how it might be and that’s why we waited to go there towards the end of our trip. On that note we had a great guide that brought us into her home to sleep and took very good care of us. However, once people from her community knew we were there they all tried to sell us stuff. Much different that in the rural communities around Bac Ha.

Coming from the Philippines where there is a limited selection of locally grown vegetables available, I was impressed by the selection in Vietnam. It seemed that all kinds of different produce and agricultural crops were grown in the area. We ate fresh green peas, bamboo shoots, peaches, and various nuts and greens that I didn’t know existed. It was also the first time I saw marijuana being grown in large fields. The H’mong women told us that they harvest the marijuana for its hemp to make clothing but they also occasionally smoke it.

When the weekend came we decided to visit the two most popular markets, the Sunday market of Bac Ha and the Saturday livestock market of Can Cau. I was a little hesitant upon arriving into the Can Cau market as we saw five tourist buses parked on the side of the road. These are generally the places I try to avoid, but after arriving the atmosphere still felt very local to me. There were a number of foreigners taking photos and walking around but the general feeling was that the market was still for and about the locals, doing their weekly shopping and trading.

One of the items sold at the two markets we visited were various species of birds. We observed that many Vietnamese homes had songbirds in them and seeing the variety of birds at the markets was interesting. I don’t know enough about the birds of the area to know if they are exotic or not, but from what we gathered most of the birds are caught locally. One of our homestays near Sapa had six or seven birds they had caught which were going to be sold in the market. The photo below of the owls are two of these birds.

Overall, Vietnam was a pleasant place to visit. The people we encountered on our short stay were very hospitable and friendly and especially so when we got into the mountains. People invited us into their homes, offered us tea, and wanted to know all about us. It seemed genuine and most of the time it probably was. The one thing that started to bother me towards the middle of our trip, however, was the general attitude many Vietnamese have towards foreigners. Walking money machines with no regards to cheating, lying and stealing to get more money out of you. I know there are many travelers who feel the same way and honestly it is frustrating. I understand that prices are to increase as you enter more touristy areas, but when you are in a very remote part of the country and the women in a local market tries to charge you 30 times more for a 1/2 kilos of tomatoes you realize this goes beyond tourist areas. This is a fairly big generalization, but on countless occasions during our short stay, from buying bread to getting bus tickets, I was charged more than the local rate. Is it right? I suppose one could argue either way, but every time it happened I had a very unsettling feeling inside of me. Towards the end of our trip I started to look at people in a different way because of this. Like there was always an alternative motive for people being friendly to us. I hate to think that way, but that’s what began to happen to me. Would I go back to Vietnam? Yes, of course. I would just do a little more research before I left and perhaps have Oma learn some Vietnamese words so she can pretend she’s a local when shopping in the market (she got mistaken many times for being Vietnamese) 🙂