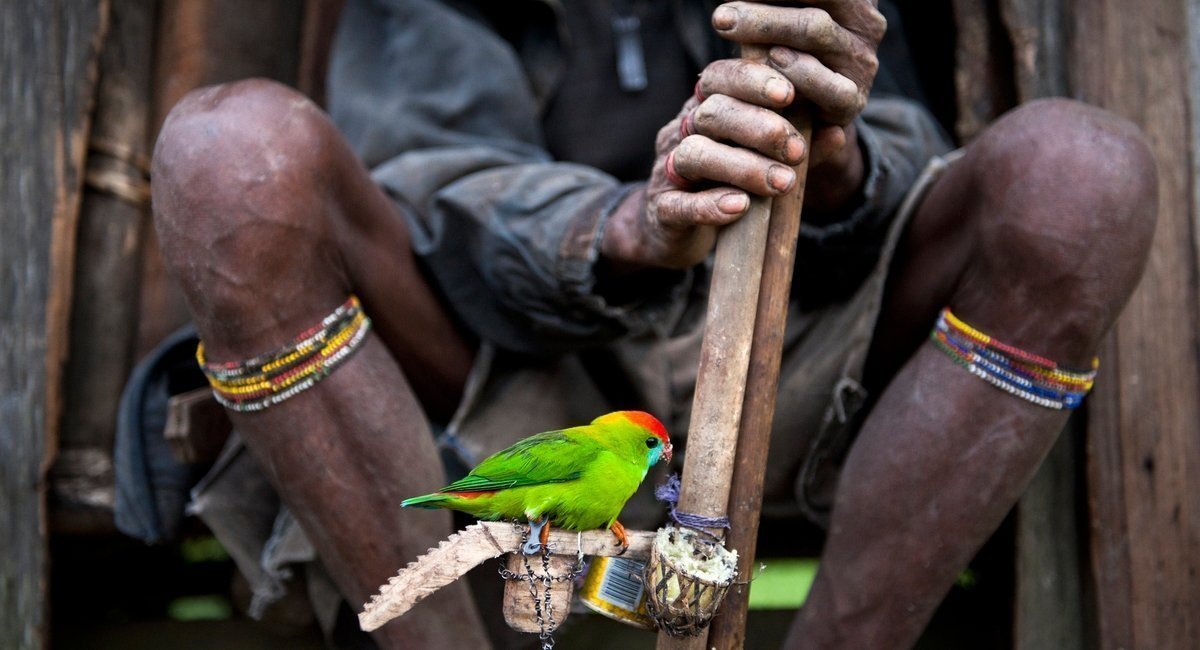 INTO THE MOUNTAINS WITH THE TIGWAHANON MANOBO

The Bukidnon plateau is home to seven of the 18 different indigenous groups found in Mindanao. After doing some research I decided it would be a great place to visit for starting the Katutubong Filipino Project. Although our travel to Bukidnon was fairly short we learned a lot about the Lumad people (the Visayan word collectively used for all indigenous people in Mindanao). We spent most of the week with a Manobo community high in the mountains of San Fernando municipality. The Manobo people are just one of the 18 Lumad groups found in Mindanao, however, they have a number of subgroups with slight language differences and practices. The different Manobo tribes are semi-autonomous from the Philippine government and have their own laws, practices and judgements given by tribal chieftains (Datus).

We were not able to visit the original community we wanted to because of an internal clan war that was going on between two Manobo tribes. Apparently, one member stole a firearm from another community which started the conflict. The owner of the firearm was so mad that he told his Datu that for four days he would kill anyone who crossed the path until his gun was returned. We arrived on the second day of this declaration and obviously had to change our plans. (I heard that this man killed a family of four, including two children, after his gun wasn’t returned on the fourth day. We were told the man is now in hiding and will be sentenced to death by the Datu once they find him). After a lot of hard work from our local guide, Jepoy, we found a community that was safe to travel to. We ended up finding a second local guide as well, Jeffery, who was from the Tigwahanon Manobo community we were in route to. We ended up befriending Jeffery and were amazed with his story and insights he was able to tell us about the area. At the end of our trip we decided to bring Jeffery back to Cebu to get to know him better and so he could experience the city. You can read more about Jeffery’s story here. 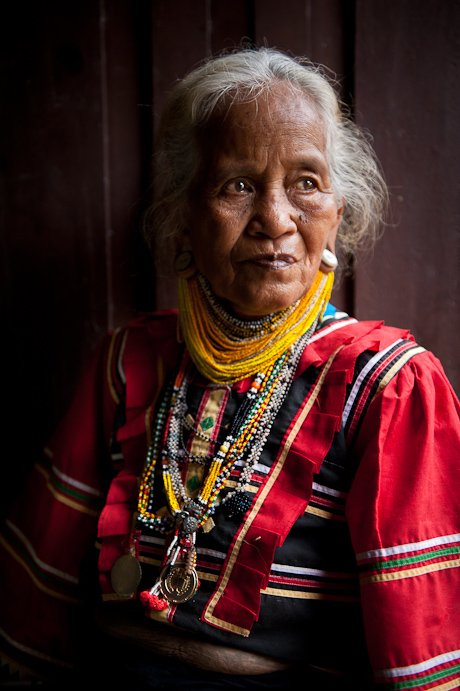 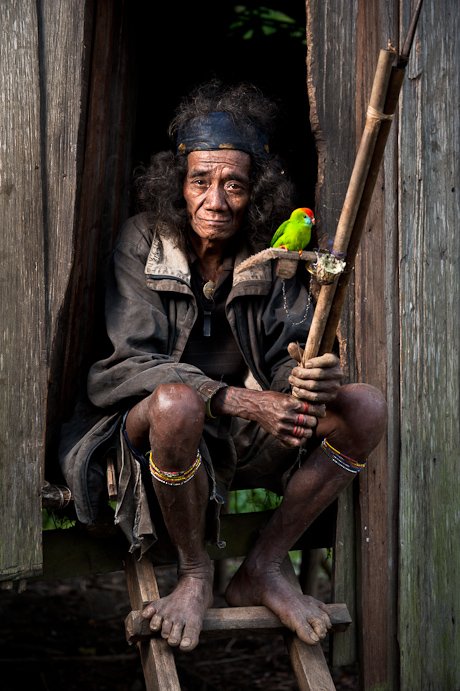 To get to this particular community we had to travel 45 kilometers on a motorcycle from the main highway and then hike about 5 kilometers straight up into the mountains. I was looking for a community that was a bit more traditional, more isolated from the lowland, and although I saw some of that in this village there is still a good amount of influence from the lowlanders (at least from a visual perspective – wearing mostly western clothes). Culturally, the Manobos are very distinct from the Visayan lowlanders and practice their own ways of life. Many of them cannot understand the Visayan language. Actually, this trip was perfect for the short amount of time that I had and has opened a lot of avenues for future visits. Not only that, but I am starting to get a better understanding of the struggles and issues facing many of the indigenous peoples in the country. Next time I visit Bukidnon we plan to travel by foot for three days to reach, by what Jeffery says, a very authentic community – visually speaking.

Jeffery, our guide, wanted to take us into the forest and show us some of their hunting practices. Most families in this community depend on root crops and what is caught in the forest for their food. However, food can sometimes be scarce so often times dried fish and rice has to be bought in the barangay market (5km down the mountain). On our morning hunt we only caught two small birds and a rodent, hardly enough food for a small family. Because of this some lumads have to use forest resources to make a livelihood for themselves. This is often done my selling live birds to lowlanders, raw material such as abaca and often times logs. The Manobos know it is illegal to commercially sell logs, but because of economic conditions they often do not have an alternative – and they are usually taken advantage of when it comes to selling the logs (read on).

I knew that indigenous people are some of the most marginalized people in the country, but it’s different when you hear first hand their stories. For instance, we were told by a number of Manobos about the abuses brought about by the Philippine military, the ones who should be protecting them. Many of the Manobo women are raped, village pigs killed, and possessions stolen when the military are scouting the forest. During election time, local officials will give 20 pesos ($0.45) to each Manobo to sign away their vote. Because of the number of Manobo their combined vote is often the only way officials can win. There are other stories of lumds not being able to enter restaurants when they are in town because they are deemed as second class citizens by some locals. Unexpected and heartbreaking stories.

We were also told that some individuals will lie and give small amounts of money to the Manobos for the chieftains signature in order to log their forests. Logging of any virgin forests in the Philippines is currently illegal because there is a total log ban in place declared by the president. However, indigenous peoples are still allowed to cut trees for their own use (to build their houses, etc.). Some individuals take advantage of this by offering tribal chieftains a small amount of money to log an area of forest. We were also told about the DENR (Department of Environment and Natural Resources) the government agency responsible to protect the country’s resources and their inside scandal when it comes to logging these forests. The DENR follow the same practices of logging the Manobos trees and illegally selling them to make under-the-table money. Apparently, the DENR will sometimes partner with a business and make all the documents look like they were approved by the Manobos to log an area of forest – when in fact they were not / or a Datu signature was given for a small amount of money. On one occasion the DENR was given 5 million pesos ($120,000) to arrange all of the documents for an area of forest near the village we visited. The Manobo people are clearly taken advantage of by others and the government, and need better education to know how to best protect their interests. 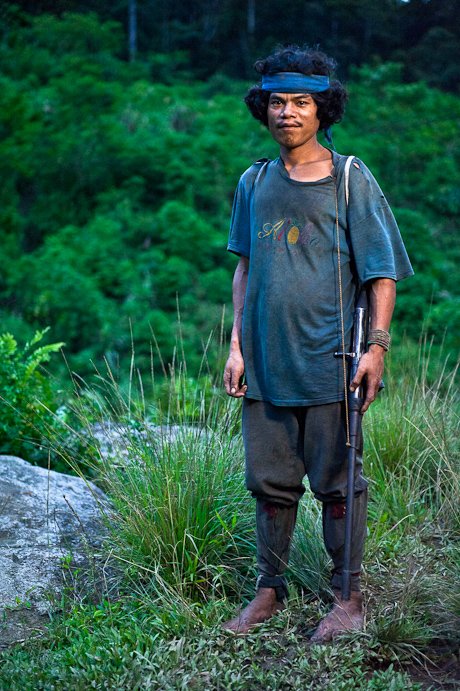 I never felt unsafe during my visit here, but I know that life here is often lived by the barrel of the gun. The Manobos want to protect themselves and often times are ambushed by other Manobo tribes and the military when their is conflict. The NPA (New Peoples Army – Communist Fraction) is another organization roaming the mountains who have their own agenda as well. Life is by no means easy here and conflict and abuse seem to be common topics of discussion.

I’m off to the States for a few weeks to see family and make a few bucks, but I’m excited to get back next month to really jump into this project. I have a sense that it’s going to be a very rewarding year.

426
SHARES
ShareTweet
Subscribe
asia Bikidnon conservation documentary indigenous people Manobo mindanao philippines photography
Jacob Maentz Feb 22, 2012
Uncategorized 51
Prev The Crucial Skill in How to Select your Best Images
Next The 7 Essentials of Crowd-Funding Your Next Photography Project (and How We Funded Ours)
© 2020 Jacob Maentz